The piling up of tasks for police officers is due to the increasing number of new problems that have emerged in the urban community, also having an impact on classic and unfinished problems that must continue to be handled by the police as the authorized party to be neglected, including a number of obligations in maintaining public order on classic issues that should have been completed. But in fact, they were only obscured and seemed to be in order, even though the proverb for reporting missing goats and even missing cows was still ongoing, so this study aims to detect types of violations by members of the police, which include: crime and law enforcement efforts. This study uses empirical normative legal research methods. The results of this study indicate that the types of criminal offenses committed by members of the police are very diverse and increasingly ignore the various laws that have regulated the obligations of the police, who act as members of the community and law enforcement. The type of violation that is quite prominent is a violation committed due to unprofessionalism in handling cases, and this action can no longer be viewed as a violation. In fact, it has been seen as a crime in carrying out its duties and authorities. The incident repeated and became more blatant because there is still a system and other structure that lives in the system and structure of police members, namely those who have not acted according to procedures in carrying out their duties, professional ethics of law enforcement, and other violations of law in carrying out their duties.

Authors hold the copyright and give the journal rights to the first publication with the work being simultaneously licensed under the Creative Commons Attribution License, which allows others to share the work with the authorship and the initial publication in this journal. Authors free to deposit versions of this work in an institutional or other repository of their choice. 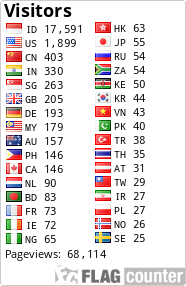